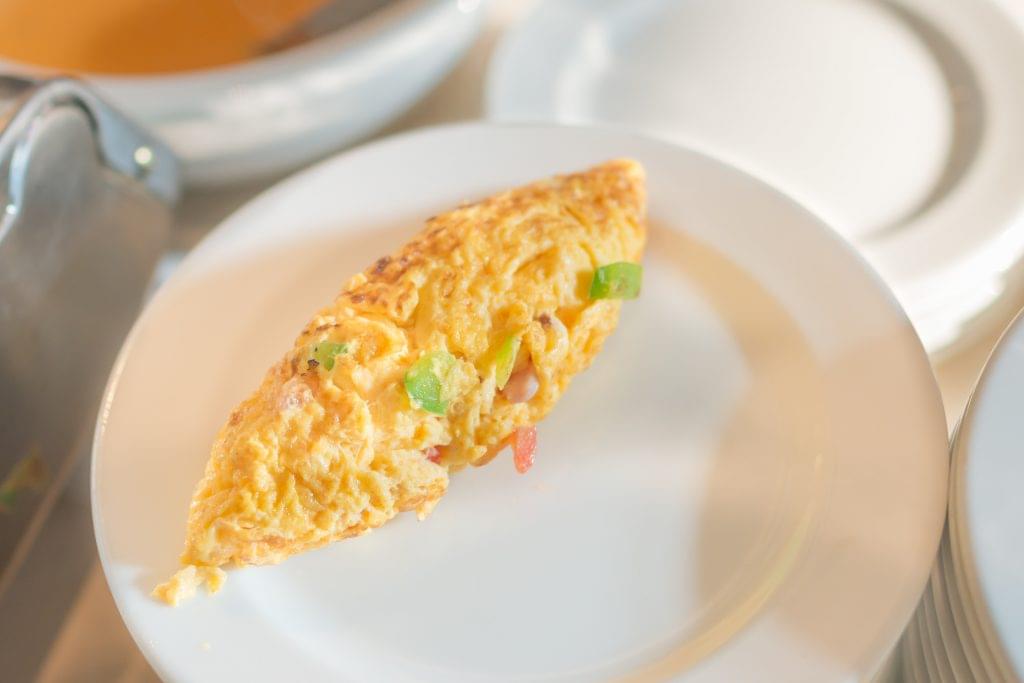 One lucky morning my husband and I went to breakfast in Portsmouth, Rhode Island, to a cute little diner called Cindy’s Country Cafe. I’m not much of a breakfast person; I closed my eyes and pointed to a menu item, hoping it was something I’d like. Turns out I had picked the harvest omelet, and it was the best omelet I’ve ever had. I attempted to re-create it at home, and this is my version, which I make at least once a week. There’s something magical about the flavor of caramelized onions mixed with sweet, juicy Macintosh apples. That said, feel free to vary this recipe with your favorite keto-friendly ingredients.

The onion should cook in the water and the juice of the apple, but if it begins to burn before fully caramelizing, add another tablespoon or two of water.

Step 1In a medium skillet, heat 1 teaspoon of olive oil over medium heat. Once the oil is hot, add the sausage links. Cook them, turning frequently, until cooked through, about 5 minutes. Remove the links from the skillet and cut into thin slices. Set aside.

Step 2Add the onion, apple, and water to the same skillet. Cook over medium heat until soft and caramelized, about 5 minutes. Transfer to a bowl and set aside.

Step 3In a small skillet, heat the remaining 1 teaspoon of olive oil over medium heat. When the oil is hot, add the egg whites to the pan and let them cook, without stirring, until they are completely opaque. Carefully flip the omelet over, being careful not to break it.

Nutrition Facts (per serving of 1)